To deliver a remembrance themed campaign that would engage the centre with the local community and would raise money for the Royal British Legion.

Windsor Yards are delighted launched their Remembrance Recycled Poppy Canopy! To honour 100 years of The Royal British Legion in a particularly unique way, Windsor Yards created a recycled poppy canopy with the support of the local community that proved very popular with shoppers since its launch. The centre was decorated throughout with poppies created from recycled plastic bottles to commemorate this period of reflection and respect. Shoppers, residents and visitors were encouraged to take part by creating and donating hand-crafted poppies and plastic bottles in the lead-up to Remembrance Day with the aim to create an eye-catching display throughout the centre. For every poppy donated, Windsor Yards pledged to donate £1 to The Royal British Legion. 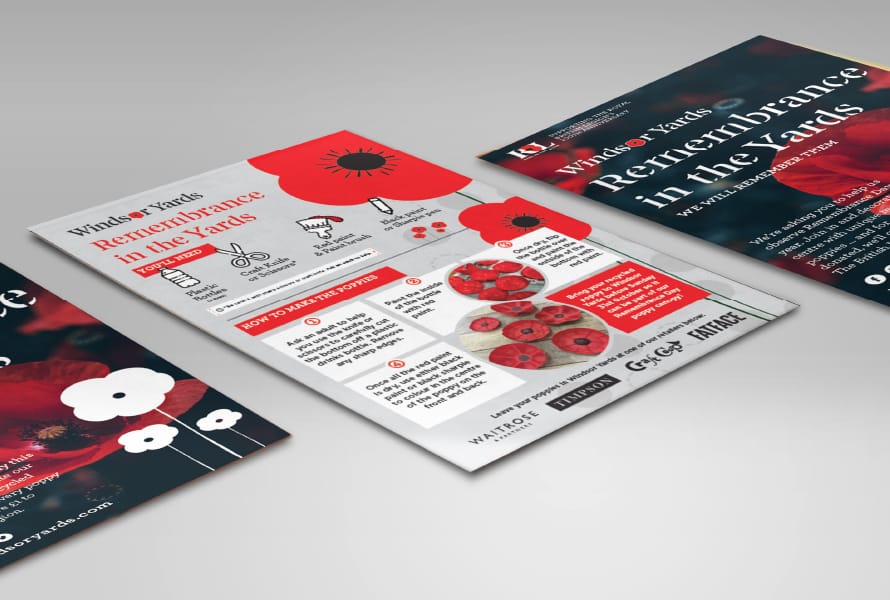 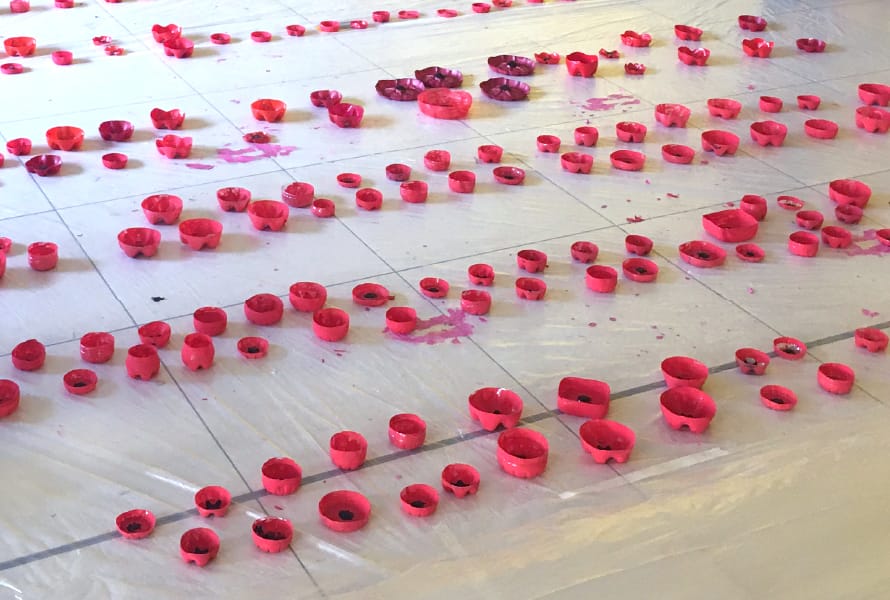 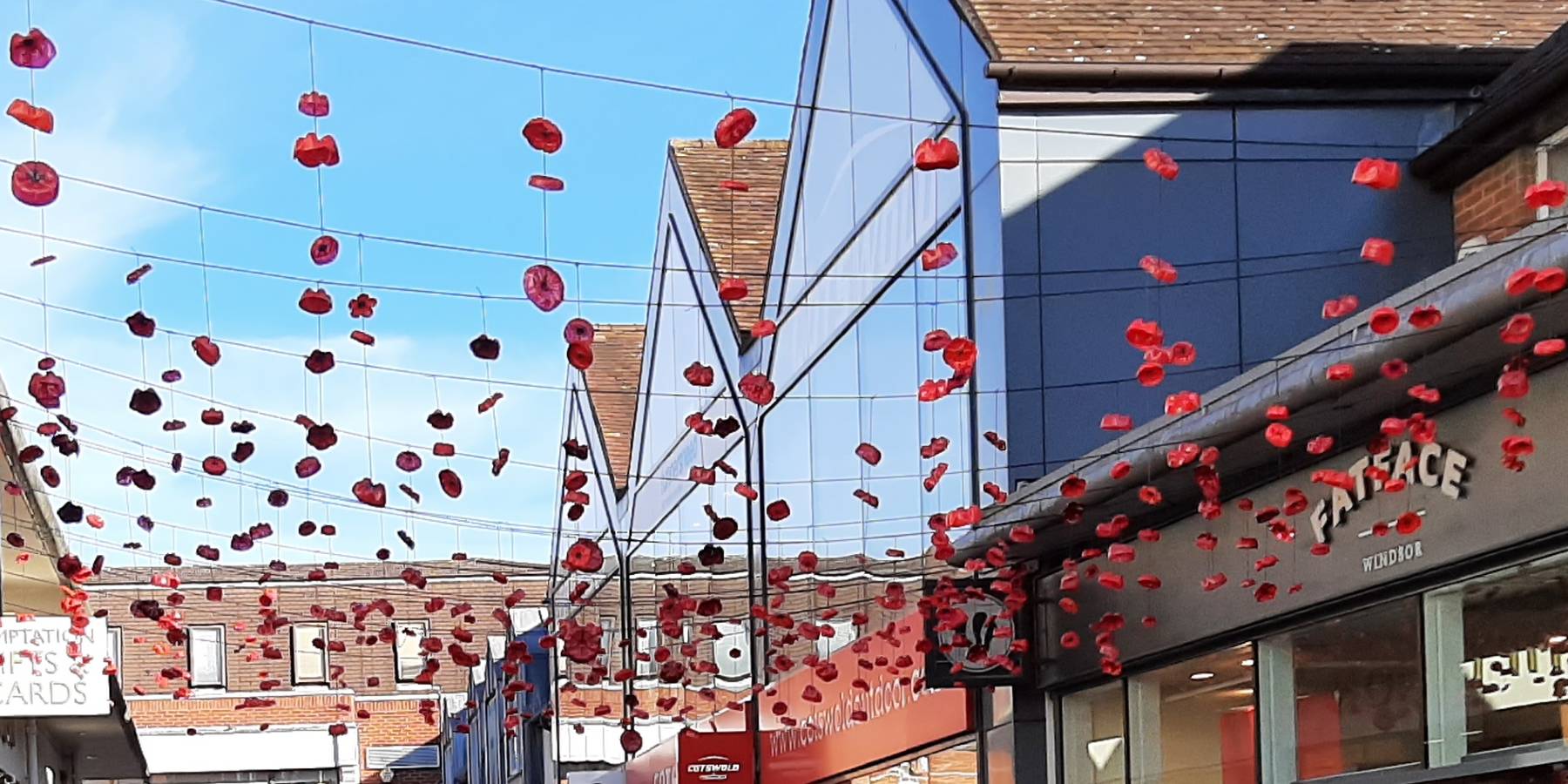 The response was very positive with Poppies continually arriving at the Donation Drop Off points at Timpsons, Waitrose, Fatface and Craft Coop – all of whom, along with Eton Wick School, have wholeheartedly embraced the initiative. The Centre has received 647 recycled poppies to add to the display and Windsor Yards will be contributing £647 to support The Royal British Legion.

Rob Gramson, Windsor Yard’s Centre Manager comments, “It’s been amazing to see how our local community have pulled together to make over 600 recycled poppies to raise money for The Royal British Legion. We’re really happy with our recycled poppy canopy and have enjoyed seeing customers reactions to the eyecatching display. Pop in to the centre and see for yourself the beautiful canopy of poppies, it’s an ideal setting for a selfie or social media posts – help spread the word for a very worthwhile cause!”

Be our next big thing...